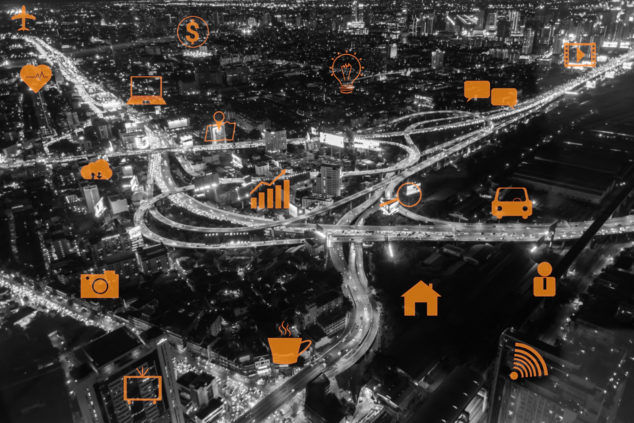 The Internet of Things (IoT) is going to shake up marketing.In Q1 of a new year, it’s a great time to look ahead to trends that will define the future of an industry.

The IoT itself can’t even be considered futuristic anymore. It’s here now. In fact, it’s become so big that this year’s Consumer Electronics Show (CES) in Las Vegas dedicated a whole track to it.In December, too, the Interactive Advertising Bureau (IAB) released a consumer study that showed that close to two-thirds of American consumers own at least one connected device.

That includes connected cars, connected/smart TVs, fitness trackers, home control systems or appliances, internet-enabled voice command devices, smart glasses, smart watches, VR headsets or some other kind of wearable.What’s even more important is that 65% of them say that they are willing to receive ads on IoT screens. This will certainly be a game-changer for display and native advertising, and it will likely lead to new ad units the industry can only starting to imagine.But the bigger win for data-driven marketers will be all the data generated by these devices.

According to productivity consultant Lisa Froelings, IoT devices can let their manufacturers know when and how they use the device – and then create campaigns to target those use patterns.

She writes: “Is a company’s product handy in an emergency or popular in the morning? Perhaps it is used alongside another product or follows a specific event. Once marketers establish use patterns for their product, they can advertise those uses to potential customers and better convert them by showcasing a product’s utility for the situations that their product is actually used in.”They could also use this information to craft better content and offers for their existing customers.