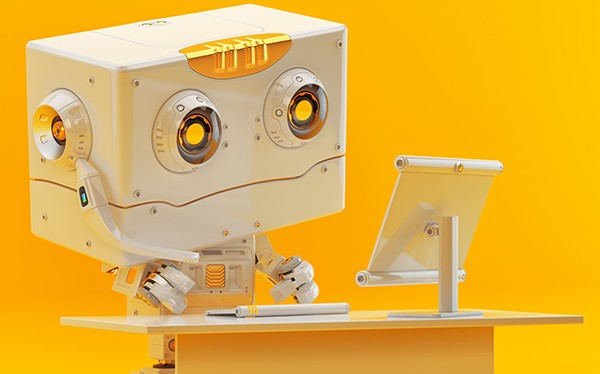 There are only a few industries in which automation isn’t threatening some job roles. That’s a pretty scary thought, right? Well, don’t panic just yet.

There are only a few industries in which automation isn’t threatening some job roles. That’s a pretty scary thought, right? Well, don’t panic just yet.
“While automation will eliminate very few occupations entirely in the next decade, it will affect portions of almost all jobs to a greater or lesser degree, depending on the type of work they entail,” according to McKinsey Quarterly.

Roles that require empathy, like therapists and psychologists, as well as jobs that are highly reliant on social and negotiation skills, like managerial positions, are less threatened by automation, according to The Future of Employment: How Susceptible Are Jobs to Computerisation?

Those of us in roles that require creative thinking and original ideas — like content creation — are also deemed at less risk of having our jobs swiped from under our noses by something harder-working, “smarter,” and cheaper to maintain.

The reality is that machines are already writing content — and they’re pretty good at it.

In fact, Gartner predicts, “By 2018, 20% of all business content will be authored by machines.”

While that’s only a year away, don’t panic — “business content” isn’t quite the same as creative content used for marketing.